Stephanie Connell is the progeny of an Irish actor father and a renowned film editor mother.  Her brother, Michael Connell, is a feature film music editor, so the arts are definitely in the family blood!

She trained professionally as a ballerina at the Hampshire Ballet School, when it was that, where Anthony Dowell first studied. After quite literally breaking her leg, sadly, she discovered that dancing and ski-ing did not mix, so she continued with her acting instead. 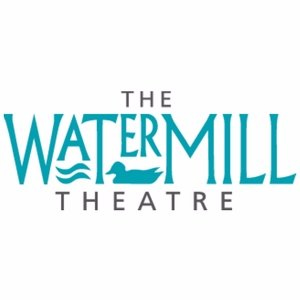 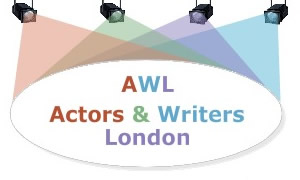 She is a member of Actors & Writers London and the Watermill Theatre’s Actors Forum, a trained computer systems analyst and an award winning web designer.

Stephanie is also a professional medical roleplayer, working alongside training doctors to help medical students obtain the knowledge, skills, attitudes and behaviours to be able to communicate effectively with patients, relatives and colleagues in varying circumstances.  She works for the NHS, training clinicians to have a better understanding of patients with chronic illnesses, such as diabetes, depression, chronic pain, COPD and patients with difficult lifestyle behaviours.  She is a CSA/RCA Training Roleplayer.

Stephanie is also an Actor Facilitator for Buckingham University, teaching communications skills to the medical students.

Stephanie has written the following plays:

“Oh yes that was some performance.. you did it, you did it all. The audience were hanging on every line ….So much raw emotion energy lightness, you had it all.“
Maurice Thorogood

Director, Liz Felding in Past Forward

“When you did the first reading of Betty I was completely ‘knocked out’“.
The late Anthony Murphy

“Wow. An awesome display of total commitment. No easy task to achieve such deep emotion, to ‘live’ the moment so fully. A casting director’s dream, because clearly you could handle anything less demanding as well – which makes this type of “All-In” audition a wise, strategic approach. Best of luck to you! Cb“
Christian Badami

“Stephanie, good job. Just the right measure of pace and unflinching school mistress. You have also given thought to your relationship with Mendel in this clip, which is very subtle and was missed by most.”
Eve Hawking & Steve Nesbit

“Stephanie, these three clips do you proud. You live up to your excellent reputation and even force us to think beyond what has been written… TWICE!  We could go on and on about how great you are, but it’s already been said. You are a fine, fine actor and a wonderful influence on this whole project.”
Eve Hawking & Steve Nesbit

“You were so moving and very real and good… how great and utterly believable you were.”
Carolyn Pertwee

“You were absolutely wonderful on Monday night, a truly moving and beautifully realised performance, congratulations to you and the rest of the cast. A fine play.”
Martin Wimbush

Stephanie great work here, your Sandra was certainly flirty and sassy, but there was a definite edge to her that allowed us to understand the predator within – it was mainly in your eyes and how you used them as a tool. Having achieved this layering, the final notes of comedy were just missing or not pronounced enough. That’s a minor criticism of an great audition.”
GSOH Reviewing Team

Stephanie, this is a strong performance. Your Eshu reeks of authority, intelligence, sophistication and threat. You sell this performance alone with your eyes. Your best and bravest work yet.”
Eve Hawking & Steve Nesbit

“Your face is a picture of heartache. This is solid work that continues to prove your range and talent. Great stuff.”

After Stephanie’s two auditions, the producer and the director were so impressed they changed the character’s gender to female, and renamed him Alika Bardici.

“You were unbelievable good last night – amazing acting in a great play. You had all the emotion and drama in there. Congratulations.”
Lea Sellers

Liz Felding in Past Forward

“Many thanks for playing Cindy so beautifully last night. Just right and great fun. I thought the whole evening was excellent.”
Nicolas Ridley

Playwright, Cindy in The Mistress Bedroom

“Stephanie, this was very enjoyable, well done. It’s a difficult brief and you gave yourself a clever helping hand by adopting the school mistress style character. Excellent decision making here. You clearly knew there was a comedy moment in the whole “It’s complicated” section and you went digging nicely for it. Great work.”

“The casting too is superb, individually and when mixed together….and equally impressive….The production was marvellous.”
Jeremy Austin

“Both Astrid Manfield and Stephanie Connell were nominees for the Best Actress award.   I would not have liked to have had to split them, they were both fantastic. Suspension of disbelief was very easy watching these two; it is impossible to say how much I enjoyed their performances.  Astrid won, and I thought it was unfair.   Had Stephanie won, I would also have thought it was unfair.“
George Bissett